People of color have always influenced American culture in the arts of music, dance, literature, and visual art. However, many artists of color weren’t recognized in popular culture and media, and it wasn’t until the 20th century that black artists’ work was showcased to the public. As we celebrate Black History Month, we wanted to showcase some artists of color who helped pave the way for other artists to let their voices be heard.

Here are 5 black artists kids should know about:

Though we don’t have much information on Joshua Johnson, we do know that he is the earliest documented African-American professional painter. He became known for his portrait paintings in Baltimore, Maryland in the late 18th & early 19th century. His portraits, primarily commissions for Baltimore’s rising middle class, often featured subjects seated stiffly on furniture. Though he favored plain backgrounds, he often added small objects as decorative detail, adorning the portraits with flowers, books, or parasols, among others.

Johnson’s background is a bit of a mystery; he may have been an indentured servant who bought his freedom or perhaps a former slave. In a challenging career under challenging circumstances, Johnson beat the odds with a successful painting career that spanned more than thirty years. 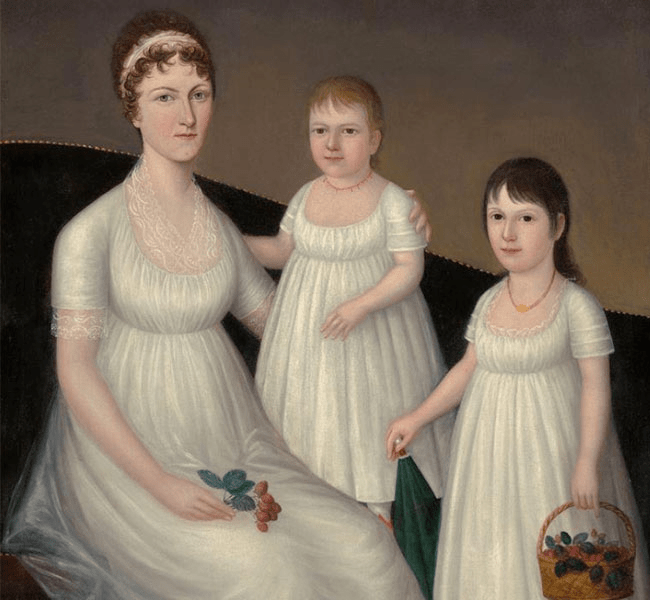 As an art teacher in Washington, DC for over thirty years, Alma Thomas began painting seriously after her retirement. She was initially a representative painter and then her work evolved into exuberant abstract explorations of color and form inspired by patterns in nature.

Her use of geometric colored shapes and white space gives way to the vibrant energy and patterns naturally found in everyday objects. She was the first Black woman to have a solo exhibition at the Whitney Museum of American Art in 1972 at age 81.

*photo of Alma Thomas in 1972 from the Smithsonian Archive Collections

Charles Henry Alston was active during the Harlem Renaissance Period as an artist, painter, sculptor, illustrator, muralist, and teacher. He was the first Black supervisor for the Works Progress Administration’s (WPA) Federal Art Project.

One of his most notable works “Walking” was inspired by the Montgomery bus boycott and the underrated women who were a part of this movement. The use of shapes and movement depict the harshness of the segregation movement and the urgency in the momentum of equal rights.

Beauford Delaney was an American modernist painter during the Harlem Renaissance, known best for his pastel portraits of other notable persons of color such as WEB Dubois and Duke Ellington. He was influenced by his travels to Paris and began painting abstract oil paintings similar to Van Gogh’s style. He used these techniques to portray scenes of familiarity and persons of color in his paintings.

One of the most sought-after and notably remarkable artists of color of our time, Jean-Michel Basquiat had much influence on contemporary art of New York City. Using graffiti as his medium and his inspiration from life - his scribble-style “stream of consciousness” art was one-of-a-kind for this 1970’s expressive era.

He collaborated with notable artist of the time Andy Warhol, and they became good friends before his untimely death. Jean-Michel Basquait was a visionary of his time and his unmistakable art shows young people that they too can make a difference - no matter their medium or if it’s “different” than what’s popular at the time.

During Black History Month, we celebrate these amazing Black artists for blazing new trails in the art world and beyond. Take our art classes and camps to find out more information about notable artists throughout history. 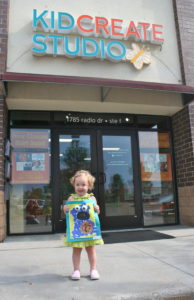 Making a Mess is the Best!

Kidcreate Studio is an art studio just for kids that offers children's art classes, camps and art-themed birthday parties for children ages 18 months through 12 years. Making a mess is the best at Kidcreate!

Make a Difference, While Making a Great Living!

Open a Kidcreate Studio and use the power of art to positively influence the lives of children.

Try A Class For Free!

We are so confident you will love everything Kidcreate Studio has to offer your child, we invite you to come to the first class for FREE! Simply fill out our free class request form, and we will help you register for your child, completely complimentary!